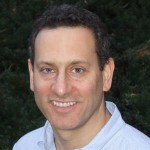 It looks like PharmacyChecker’s Tod Cooperman has gone into full panic mode following the indictment of one of his key management team. Over the last couple of days, I’ve received calls from news outlets that published the joint news release we issued with the US Chamber and the Alliance for Safe Online Pharmacies about the indictment of Ram Kamath, one of PharmacyChecker’s top people. They told me that Mr. Cooperman has been calling them multiple times, screaming at them, demanding that they take down the press release, and threatening legal action against them unless they accede to his request.

One of the news outlets wrote this to me earlier today.

Tod Cooperman of PharmacyChecker remains persistent in requesting that we remove the release and take corrective action.  He is now threatening legal action against (our news outlet) and all parties “involved in this libel.”

Funny how PharmacyChecker has always been such a supporter of free speech and the open Internet. I guess that only goes so far.

Mr. Kamath’s alleged activities — accepting an all-expenses paid trip from CanadaDrugs to Barbados to “inspect” their facilities; concealing counterfeit cancer medicines in his garage for CanadaDrugs, and then certifying CanadaDrugs as “legitimate” — were to have occurred in December 2011. As part of his reported threats to the news media regarding our press release (which refer to Mr. Kamath as an “Executive” of PharmacyChecker), Mr. Cooperman has apparently claimed that Ram Kamath was only a "consultant” to PharmacyChecker, thus simultaneously distancing PharmacyChecker (and himself) from Kamath, throwing Kamath under the bus, and using the claim that Kamath was only a consultant to get the news media to pull the press release. But is Mr. Cooperman telling the truth?

Well, unfortunately for Mr. Cooperman, we’ve got a few historic screenshots lying around.

Here’s the screenshot of PharmacyChecker’s “About Us” page from November 26, 2011. The text is a little small below, but it contains a “Key Management” section with just three people: Tod Cooperman, President; Gabriel Levitt, Vice President; and Ram Kamath, Director of Pharmacy Policy and International Verifications. As far as I can tell, Mr. Cooperman considered Mr. Kamath one of his “Key Managers.”

Mr. Cooperman may wish to explain how he considered Mr. Kamath a “Key Manager” during the time that he was hiding counterfeit drugs in his garage, but once that key manager gets indicted, he becomes only a "consultant.”

When he's not hucking over a waterfall in a Riot whitewater kayak, John Horton can be found dodging raindrops riding his bike to LegitScript. John's a native Oregonian but lived in Tokyo and Washington D.C. for about seven years each. Likes: local microbrews, waterfalls under 20 feet, in-office baristas, old Jim Croce songs and well-tuned grands. Dislikes: rogue Internet pharmacies, coconut flakes, flaky people.
Previous CanadaDrugs.com Indictment Exposes Fake Drug Sales, PharmacyChecker Role Next TotalCareMart.com, yet another CIPA- and Pharmacy-Checker approved online pharmacy, ordered to shut down
[Webinar]
[Webinar]
This website uses cookies. Some of the cookies used are essential for parts of the site to operate. Please see our privacy policy for more details. Accept