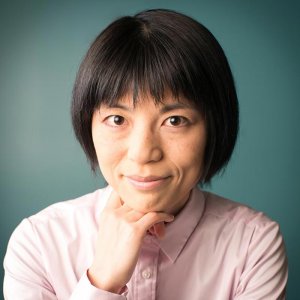 But a few registrars do not. Today, LegitScript released a report about one such company, GMO Internet, which by our estimate sponsors about 66% of the illegal online pharmacies targeting Japan.

As we explain in our report, GMO Internet has repeatedly been notified that its services are used by rogue Internet pharmacies putting Japanese citizens’ health and safety at risk. In an effort to work with GMO Internet and explain how most other registrars around the world deal with the problem — by terminating services to cybercriminals — we’ve done everything we can think of. We’ve written numerous emails identifying the illegal online pharmacies. We’ve mailed a certified letter. We’ve submitted memoranda explaining the problem. We’ve even flown to Japan to try to meet with them in person.

The same response was provided by GMO in every case, in essence: We aren’t interested in doing much about this, so go away and complain to someone else. Yet all the while, GMO Internet has quietly continued its business relationships with the rogue Internet pharmacies — a practice wholly out of step with most other domain name registrars around the world.

This is important, and unfortunate, for a few reasons.

First, Japan is the world’s second-largest target of cybercriminals selling unregulated medicines (the US is the first). About 10% of the Internet’s rogue pharmacies are written in Japanese, and another 75% or so offer to ship to Japan, along with other countries. There are multiple instances in Japan and globally of deaths and serious health consequences from the use of illegally marketed unapproved drugs, making GMO Internet’s neglect a serious problem.

GMO Internet identifies itself as “The Internet Group that represents Japan” (日本を代表する総合インターネットグループへ).

Second, it does not have to be this way, a fact proven by how most registrars aside from GMO Internet respond to abuse complaints. Registrars in Japan, such as NetOwl, and abroad, like GoDaddy (US), eNom (US), Directi (IN), Blacknight (IE), BizCN (CN), Realtime Register (NL), and many others responsibly terminate services to illegal online pharmacies targeting Japan, even though those registrars are located in other jurisdictions. In other words, the irony is that these foreign companies are doing more to protect Japan’s public health than a leading Japanese company is.

Third, GMO Internet identifies itself as “The Internet Group that represents Japan” (日本を代表する総合インターネットグループへ). And so it does: as the largest domain name registrar in Japan, it is often seen outside of Japan as a representative of the Japanese Internet community and of Japan itself. As one of the few registrars that refuses to terminate services to domain name owners illegally marketing unapproved drugs, it is hard to see how the company represents Japan well.

One of many rogue Internet pharmacies sponsored by GMO Internet.

GMO Internet, and the public, should understand that GMO’s response and apparent insistence on continuing to provide services to website operators illegally marketing unapproved drugs is out of step with other domain name registrars around the world. Most of the global registrar community should be applauded for its voluntary actions in the online pharmacy space. In contrast, GMO Internet’s approach is a minority one — but as long as there are a few registrars like GMO Internet, cybercriminals will have a place to go, and Japanese residents who buy drugs online will remain at risk.

Previous Registrar Gransy, Confused About What a “Blog” Is, Still Too Close to Online Criminals Next LegitScript’s State of the Internet Rx Market Illuminates Challenges, Opportunities
[Webinar]
[Webinar]
This website uses cookies. Some of the cookies used are essential for parts of the site to operate. Please see our privacy policy for more details. Accept