Electronic Frontier Foundation: Not Quite Right on the Facts 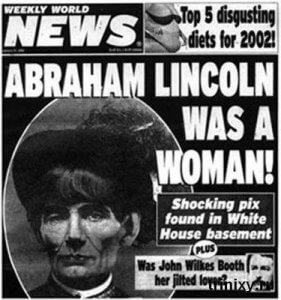 The Electronic Frontier Foundation published an interesting article that referenced LegitScript today. Unfortunately, it didn't get the facts quite right.

The article written about us isn’t a particularly bad one – it makes an argument about “shadow regulation” based on our and other entities’ work with Google, Visa, and other companies to block illegally operating internet pharmacies. What’s unfortunate is how the EFF writer, Jeremy Malcolm, seemed to simply copy unverified information from the internet without bothering to verify it.

Take, for example, the writer’s statement that I’m the former “Assistant Secretary of Homeland Security for Immigration and Customs Enforcement.” (I am? Funny, I don’t remember having that job. Maybe he meant John Morton?) Or that we “subsist on lucrative contracts from government.” (We have two government contracts, which are a small proportion of our total revenue.) Or his statement that “LegitScript…excludes overseas online pharmacies that supply genuine drugs to Americans under the FDA’s personal use policy.” (There is no such policy: read here.) Or the somewhat nonsensical argument that “internet users are not represented at board level in…LegitScript.” (Do we use typewriters?) Generally, we think it's responsible when writing an about entity to confirm facts, usually by contacting the entity you are writing about.

Given my time in Washington, DC (I worked for the White House, not Homeland Security), I’m happy to explain what’s going on here. It’s one of two things. The first, but slightly less likely one, is that the EFF staffer who wrote the article just got a little lazy. The second, slightly more likely (in my opinion) one is what I call Shadow Lobbying, and here’s how it works. Want to get the Electronic Frontier Foundation, American Enterprise Institute, or some “well-respected” organization to publish an article or white paper with your viewpoint, but keep your fingerprints off of it? Make a donation. (A healthy one, please.) Then set up a meeting to discuss some of your policy concerns and positions. The think tank will disclaim any bias or quid pro quo, but will happily accept “information.” Voila, you’ll find that your viewpoint has been represented in the company’s blogs or white papers, without your fingerprints anywhere.

The most likely culprits here are internet pharmacies or their allies in the “faux-Canadian internet pharmacy” world – companies like NorthwestPharmacy.com and CanadaDrugs.com (the latter under indictment for selling counterfeit cancer medicines) that market themselves as “Canadian” but actually ship most of their drugs from other locations, and often not from validly licensed pharmacies.

This happens all the time in DC – it’s one of the town’s dirty little secrets. In my view, it’s unethical, but it’s usually legal. The problem here is, EFF needs to be careful: it’s one thing to take money from people or companies who are promoting liberty and freedom or a change in the law, but it’s another one to take money directly or indirectly from entities engaged in criminal activity, such as those “faux-Canadian” online pharmacies, some of which have been known to sell counterfeit drugs, and all of which are operating illegally. EFF should disclose whether they’ve accepted any contributions directly or indirectly from those companies or their allies. Because, after all, one of two things has to be true here: either the EFF writer failed to fact check, or EFF received a contribution from an interested party. EFF should disclose which one it is.

The Electronic Frontier Foundation has historically had an important mission – to “champion user privacy, free expression, and innovation through impact litigation, policy analysis, grassroots activism, and technology development.” LegitScript supports that mission. But EFF loses credibility when it just copies and pastes whatever it sees on the internet, doesn’t bother to check facts, and publishes demonstrably inaccurate information, whether due to laziness or bias.

And no, Abraham Lincoln wasn't a woman. Despite what you may read on the internet.

When he's not hucking over a waterfall in a Riot whitewater kayak, John Horton can be found dodging raindrops riding his bike to LegitScript. John's a native Oregonian but lived in Tokyo and Washington D.C. for about seven years each. Likes: local microbrews, waterfalls under 20 feet, in-office baristas, old Jim Croce songs and well-tuned grands. Dislikes: rogue Internet pharmacies, coconut flakes, flaky people.
Previous UK Pharmacy Chemist-4-U Offering “Premium Members” Back Door to Controlled Drugs Next LegitScript Enforcement Efforts: 14,000 Domain Names Shuttered in 2016 (So Far!)
This website uses cookies. Some of the cookies used are essential for parts of the site to operate. Please see our privacy policy for more details. Accept