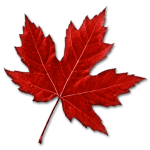 The last few years have been challenging ones for members of the Canadian International Pharmacy Association.

First, in 2010, they lost their ability to advertise in the US search space after the US Department of Justice noted that many seemingly “Canadian” pharmacy websites “sell drugs obtained from countries other than Canada” when shipping medicines into the US, and major search advertising programs tightened their policies, effectively excluding CIPA’s members from advertising in the US.

Then, one of the organization’s founding Canadian pharmacists was convicted of selling counterfeit drugs to US residents that weren’t really from a pharmacy in Canada.

Then, one of their flagship members, CanadaDrugs.com, got indicted for selling counterfeit cancer medicines to US clinics through the pharmacy’s wholesale chain.

Then, a director of an internet pharmacy certifier widely used by CIPA members, PharmacyChecker, got indicted for hiding counterfeit drugs supplied by CanadaDrugs in his garage. (The charges were dismissed, reportedly after the guy cut a deal with DOJ.)

There’s more, but you get the point: it’s been a bad few years for internet pharmacies that, even if able to display a Canadian pharmacy license, don’t necessarily send US residents drugs from real Canadian pharmacies.

These developments have been a threat to the commercial interests of CIPA’s members. In response, CIPA appears to have aligned with the Electronic Freedom Frontier (EFF) to attack the Healthy Domains Initiative (HDI), a collaboration designed to identify best practices for registrars related to child pornography, rogue online pharmacies, copyright violations and online abuse. A key rationale for the HDI is to stave off intrusive government regulation: if private companies can develop and implement reasonable anti-abuse policies, it removes the incentive for governments to come in and regulate the internet. 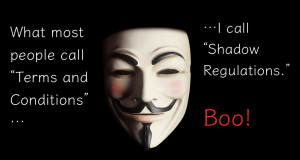 The EFF's point person on this issue, Jeremy Malcolm, calls these initiatives “shadow regulation.” (Cue up the spooky music and Guy Fawkes masks.) Unfortunately, Mr. Malcolm supports his argument by misrepresenting numerous facts that seem to be taken straight from CIPA's playbook.

Well, let’s look at the facts, at Mr. Malcolm contentions, and then who stands to lose money from the HDI initiative.

First of all, Mr. Malcom discloses in his blog that he was visiting the Canadian International Pharmacy Association the day of his article, and he advocates for the CIPA and PharmacyChecker certification programs as credible. (Lest you think I consider these companies our competitors: I don't, because we don't certify online pharmacies that operate illegally, and they do.) After all, CIPA’s members market themselves as “Canadian” but source many of their drugs from cheaper, offshore (non-Canadian) locations in order to improve their profit margins. PharmacyChecker, meanwhile, has over the years certified multiple online pharmacies selling prescription drugs without a valid prescription, not to mention some engaged in counterfeit drug sales. In any case, Mr. Malcolm out of one side of his mouth (inaccurately) attacks the HDI as promoting the commercial interests of “Big Pharma,” but from the other side of his mouth in essence advocates for the commercial interests of “faux-Canadian” internet pharmacies.

Second, Mr. Malcolm apparently doesn’t know how registrars actually deal with rogue online pharmacies. In nearly all cases I’m aware of where a domain name has been suspended (as in, somewhere between 99.99% and 100%), registrars voluntarily take action against rogue online pharmacy domain names because they used to sell prescription drugs, often controlled substances like Vicodin or steroids, without a prescription. Does Mr. Malcolm argue that registrars should modify their terms and conditions to permit this? Does he argue that registrars, when they find out that they are (inadvertently) providing services to customers whose activities can kill someone, are supposed to just let it continue and assume the liability — criminal, civil or moral — that could potentially result from that?

Third, Mr. Malcolm’s statements are inaccurate. He characterizes LegitScript as a “big pharma trade group” and refers to our “rogue” online pharmacy list, which is widely used throughout the internet and payment industry to identify illegal online pharmacies, as a Big Pharma creation. That's flat out false. (As an aside, I’ve tangled with Mr. Malcolm before on this issue, who — when presented with facts — falls back on, “That’s just your opinion.”) These false accusations are what the “Canadian” Internet pharmacy industry falls back on whenever anyone has the temerity to criticize them for bad activity. LegitScript isn’t “funded” by anyone (and never has been), the vast majority of our revenue comes from dozens of companies like Google, Bing, Visa, and various payment providers for whom we perform monitoring services, and the only people who create our “rogue” list are LegitScript analysts. No external entity, whether pharmaceutical company or otherwise, has any influence or control over it.

Fourth, Mr. Malcom in essence appears to argue that if an online pharmacy is offshore, it can't be illegal because no laws apply to it. This argument fails to understand basic legal principles, and is easily refuted by hundreds of indictments and convictions in this sector. If that were true, how could CanadaDrugs be under indictment for selling fake cancer drugs from offshore locations (many of their drugs are sourced through a warehouse in Barbados, by the way), and how could multiple other offshore pharmacy operators have been convicted at all?

Fifth, whether willingly or unwittingly, Mr. Malcolm should understand that he and his employer are being used by an industry with commercial motives. He’s a pawn in a larger game. The offshore internet pharmacy industry is trying to claw its way back into internet companies’ good graces in order to get back in the game. But while their marketing campaigns have featured smiling senior citizens and shiny maple leafs, these internet pharmacies have laughed all the way to the bank as they’ve sent cheap, sometimes substandard or fake drugs from warehouses in Turkey, India, Mauritius, Barbados, and other locations. Does Mr. Malcom believe that these for-profit offshore internet pharmacies merely have the health and safety of patients at heart?

In all of this, it’s important to keep in mind what Mr. Malcolm is really asking of the internet community: to assume the risk of doing business with criminal enterprises and forego reasonable steps designed to avoid more intrusive government regulation. This isn’t to internet users (or registrars’) benefit, but is to the financial benefit of dodgy online pharmacies who want to be back in the game and make more money. Of course offshore online pharmacies don’t like the HDI’s initiative, but they can’t exactly say, “We don’t like it because we will lose money.” Instead, they need to wrap their arguments in empathy for patients, concerns about internet freedom, and accusations that anyone who doesn’t agree with them is part of a nefarious “Big Pharma" plot. And the EFF is helping them do that.

I’ll stop there. The point is, the HDI is a serious, well-intentioned effort, and it's not just about internet safety, but is also about creating an internet that in the long term is free from government regulation. Mr. Malcolm doesn’t help by making inaccurate statements and letting himself be used by online pharmacy trade groups that promote or certify illegal activity. Whatever else he may think, Mr. Malcolm’s criticism of HDI plays right into the hands of a multi-billion dollar industry seeking to establish its own credibility at the expense of internet users' health and safety and a healthy, balanced internet.

When he's not hucking over a waterfall in a Riot whitewater kayak, John Horton can be found dodging raindrops riding his bike to LegitScript. John's a native Oregonian but lived in Tokyo and Washington D.C. for about seven years each. Likes: local microbrews, waterfalls under 20 feet, in-office baristas, old Jim Croce songs and well-tuned grands. Dislikes: rogue Internet pharmacies, coconut flakes, flaky people.
Previous Free LegitScript Search: Why We Are Offline For a Few Days Next Yet ANOTHER CIPA- and PharmacyChecker-certified internet pharmacy criminally charged for selling bad, non-Canadian medicines
[Webinar]
[Webinar]
This website uses cookies. Some of the cookies used are essential for parts of the site to operate. Please see our privacy policy for more details. Accept