Update: This story has been updated. See License Reinstated for Canadian Pharmacist Who Sold Counterfeit Cancer Drugs to the US.

Six men connected to the online pharmacy CanadaDrugs.com, including president and founder Kristjan Thorkelson, have been extradited to the United States and arrested for selling fake cancer drugs online.

US federal prosecutors have accused the men of illegally importing and selling $78 million worth of unapproved, misbranded, and counterfeit drugs to the US between 2009 and 2012.

According to court documents, CanadaDrugs.com sold counterfeit versions of the cancer drugs Altuzan and Avastin to American doctors. These drugs were found to contain cornstarch and acetone, but no active ingredients.

Thorkelson, along with Thomas Haughton, Ronald Sigurdson, Darren Chalus, Troy Nakamura, and James Trueman, will appear in court on July 12. If convicted, they could face up to 20 years in prison. 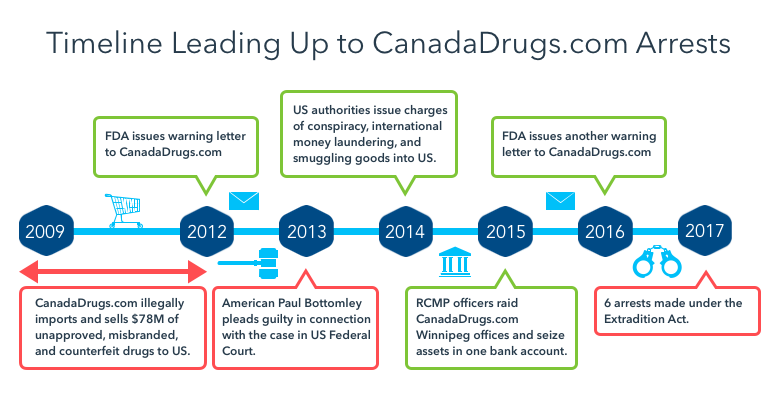