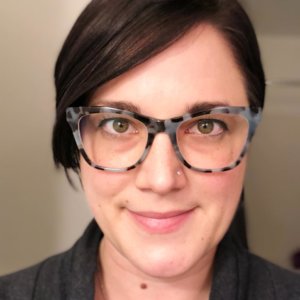 Payment facilitators typically prohibit merchants selling firearms because of card brand rules, and because the complex web of jurisdictional laws in the US makes it difficult to track the legality of weapon purchases. Despite this prohibition, some merchants try to skirt the terms and conditions of payment processors by selling firearms that aren’t technically firearms — they’re “ghost guns.”

What are ghost guns? They’re essentially build-it-yourself gun kits that include a mostly — but not entirely — completed receiver, which is the part of a firearm that provides housing for internal components. With just a few extra parts and some drilling, these “80% receivers” become fully functional, resulting in an unregistered, unlicensed firearm.

The same merchants who sell these kits often sell the complementary parts needed to complete the gun. The websites frequently provide instructional videos; a search on YouTube yields millions of videos relevant to ghost guns. These range in content from documentaries on the subject, to instructional videos, to folks offering sales on their websites. Although AR-15 rifles are one of the most popular ghost gun models, buyers can also find a variety of firearms, including derringers, shotguns, and AK-47s.

One of the more publicized cases involving a ghost gun is a Santa Monica shooter who, in 2013, killed five people with a semiautomatic rifle he assembled himself. The man had previously applied to own a gun in California in 2011 and was denied. Among the weapons he was carrying, the AR-15 he primarily used was one he completed himself by milling and building it from legally purchased parts.

In November 2017, a shooter used a self-built, unregistered semi-automatic weapon to kill five people and injure 18 others on the Rancho Tehama Reserve in Northern California. The incident brought again to the forefront the legality and regulation of ghost guns since the suspect had a restraining order against him and had been ordered to turn over all weapons he owned.

Why are these gun kits legal? In what the Bureau of Alcohol, Tobacco, Firearms and Explosives (ATF) refers to as a loophole, the lower receiver of a firearm is the only part of a gun considered to be the actual firearm component. When this part is incomplete, it is not considered a firearm and can be sold without a background check. The finished gun typically does not need to be reported if it is not sold. Political attempts to regulate this area have largely failed. One exception is California, which began requiring serial numbers on ghost guns starting January 31, 2018. Even so, it is incumbent upon the gun builders to register their built firearms.

The FBI noticed a surge in interest in ghost guns after the 2012 Sandy Hook Elementary School shooting and the subsequent talk of stricter gun control laws it prompted. Some media outlets have reported that recent interest in firearms appears to have leveled off despite the Parkland, Florida, shooting in February 2018; others say that interest in ghost guns appears to be booming in states such as California and Florida, which have been considering gun control legislation.

Although there is no hard data on the number of ghost gun merchants, interest in these weapons will likely continue to rise as long as they remain unregulated. Because of the reputational risk involved, payment facilitators typically prohibit these merchants even though they may technically be violating no laws. LegitScript’s merchant monitoring services can help identify ghost gun merchants and keep them off your platform.

LegitScript combines technology with human expertise to proactively monitor portfolios for problematic merchants. We alert payment facilitators if their merchants are offering weapons or weapons-related products that pose a reputational risk or could lead to card brand fines. Additionally, we monitor more than 500,000 merchants with a comprehensive database of known bad actors.

Contact us to explore our merchant monitoring service offerings.

Previous Build Trust and Improve Your Business Through Healthcare Merchant Certification Next Herbal Incense Linked to at Least Two Deaths and 54 Cases of Severe Bleeding
[Webinar]
[Webinar]
This website uses cookies. Some of the cookies used are essential for parts of the site to operate. Please see our privacy policy for more details. Accept