A UK man was sentenced last week to seven years in prison for the death of a woman to whom he sold the industrial chemical 2,4-dinitrophenol (DNP), a compound abused by bodybuilders and other people for weight-loss purposes.

Bernard Rebelo, now 31, was convicted of manslaughter after 21-year-old Eloise Parry, also from the UK, died in 2015 after consuming DNP purchased from Rebelo through his website drmusclepharmaceuticals.com, which historically sold DNP, steroids, and other prescription drugs. Although the website is now parked (displaying third-party content such as registrar-generated advertisements), it historically provided information on how to dose DNP, which is notoriously difficult. The chemical burns fat and carbohydrates, but raises the body's temperature and can lead to fatal overheating, or what users have described as “burning up from the inside out.”

Rebelo’s website was operational at the time Parry purchased DNP; it used language and displayed links indicating the chemical, which is typically sold as a pesticide or fertilizer, was being sold for human consumption. Prosecutors also pointed to comments in online forums to demonstrate that the website was selling the chemical for human consumption.

DNP use has been linked to multiple deaths and, in April 2015, was the focus of an Interpol global health warning that described the imminent threat of DNP as a “lethal risk for the consumer.” Even so, the chemical remains widely available online for human consumption. LegitScript continually identifies and monitors websites that market the chemical for weight-loss purposes. For example, one website we identified — which markets steroids, human growth hormone, and other pharmaceuticals — states that DNP is a research chemical not for human consumption, but lists the chemical under the category “fat loss.”

DNP use is a serious problem in part because the chemical is frequently marketed as a dietary supplement. This may give consumers the impression that it is safe. Furthermore, some products are marketed as DNP but don’t actually contain the chemical. For example, one YouTube channel includes a video titled “DNP Weight Loss Professional Supplements Prosupps DNP X2, 60 capsules.” 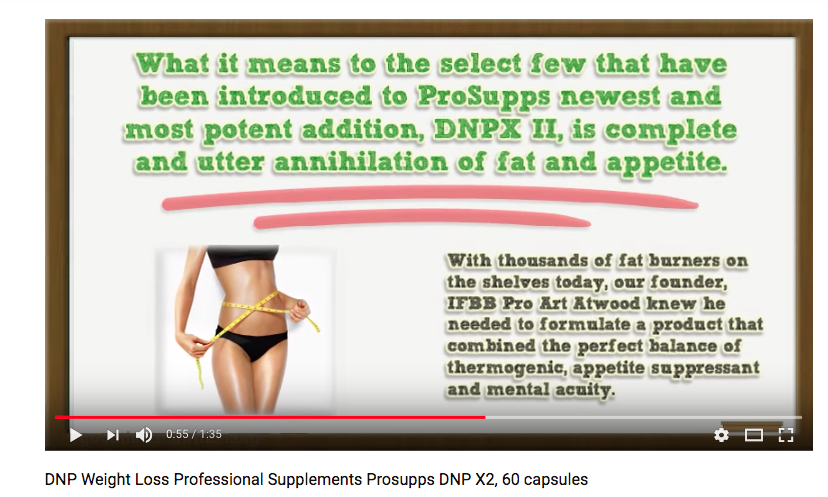 It markets the product DNP XII by ProSupps, which LegitScript has flagged for containing two problematic ingredients (picamilon and DMAA), but not DNP. These kinds of deceptive practices can make the dietary supplement landscape even more confusing for consumers.

LegitScript is committed to stopping the sale of DNP marketed for human use and other dangerous chemicals that are abused for weight-loss purposes. We maintain the world’s largest database of dietary supplements, designer drugs, pharmaceuticals, and other products such as DNP that are misbranded as dietary supplements. Members of the public can search a product in our database to see whether it contains dangerous ingredients or makes illegal claims. Our data is trusted by major credit card companies and internet platforms, including Visa, Google, and Bing. Learn more about LegitScript's Product Database.

Previous Report: The State of Opioid Sales on the Dark Web Next Addiction Treatment Certification Nears End of Pre-Launch Phase
This website uses cookies. Some of the cookies used are essential for parts of the site to operate. Please see our privacy policy for more details. Accept