Last weekend’s shooting at the Tree of Life Congregation Synagogue in Pittsburgh, Pennsylvania, has prompted many to look at the online space and the degree to which platforms allow hate speech and extremist ideas. Although attention is focused mostly on social media outlets used by the shooter — including Gab and Twitter — what role do payments companies play in fostering speech and ideas online that can lead to violence?

Payment facilitators and payment providers frequently reject “hate/harm” content in their terms and conditions because of the reputational risk it poses. Hate/harm content encompasses merchants whose primary purpose is to advocate for, or to promote products or services that advocate for, hatred, hostility, or violence toward members of a race, ethnicity, nation, religion, gender, gender identity, sexual orientation, or any other designated sector of society. Anti-semitic hate/harm rhetoric has been in the spotlight because of recent violence.

Payments companies that don’t carefully vet their merchants can unwittingly facilitate transactions for anti-semitic organizations and other hate groups. Some merchants are explicit in their purpose and easy to spot, such as ones selling “white pride” flags or Nazi propaganda. Others, however, are much more subtle and can escape the attention of processors that don’t have strong merchant monitoring safeguards in place.

Take, for example, American Renaissance magazine. On the surface, the website looks like a standard online news publication. However, the website’s operator is Jared Taylor, founder of the New Century Foundation, a self-styled think tank that has purportedly argued the inferiority of minorities to whites. The magazine features a video of Taylor stating, “diversity is not a strength — it’s a weakness. … Diversity destroys culture.” 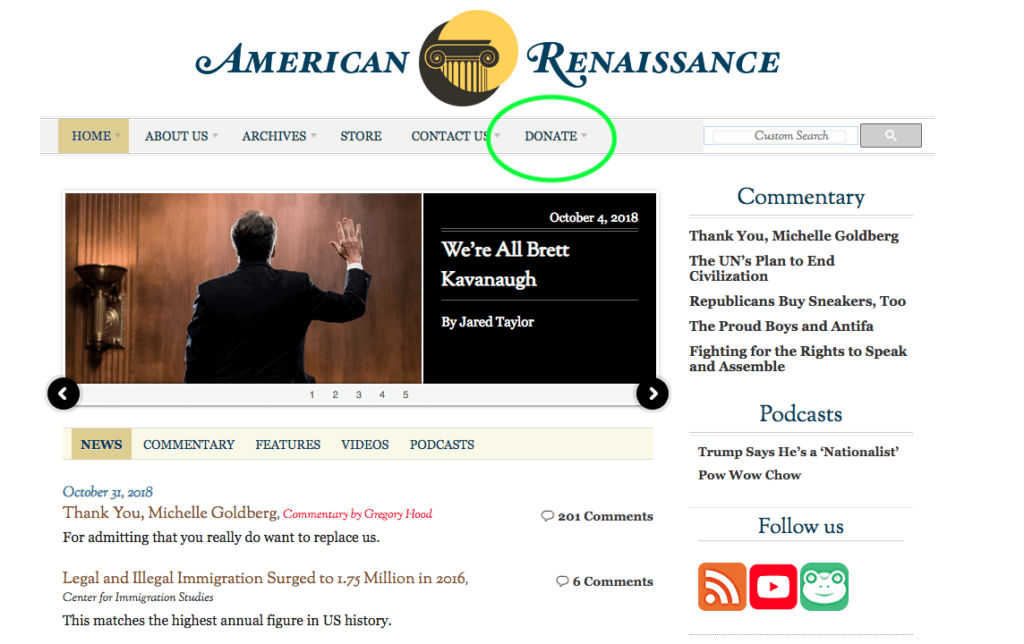 American Renaissance asserts that some races are more intelligent than others. The anti-diversity website accepts credit card donations online through a payment processor.

It’s important to note that the operation is supported in part by donations accepted online via credit card. Does the website’s payment processor know it is helping facilitate this kind of rhetoric?

Although this hate/harm content may originate online, it can often fuel real violence. The most recent FBI statistics for hate crimes, from 2016, show that there were 6,063 incidents involving 7,509 victims. Of these, 58.9 percent of victims were targeted because of race/ethnicity/ancestry. The second-largest category, at 21.1 percent, was religious bias. Among incidents involving religious bias, more than half (54.4 percent) were victims of crimes motivated by their offenders’ anti-Jewish bias.

Payment facilitators should be aware of both merchants selling explicit hate propaganda as well as hard-to-spot merchants espousing ideas that can lead to violence. LegitScript monitors for hate/harm content to enforce our partners' terms and conditions, but also to mitigate reputational risk associated with hosting this kind of content.

What to learn more? Download our Hate/Harm FAQ Guide to improve your understanding of hate/harm content on the internet, and to learn how to avoid it. 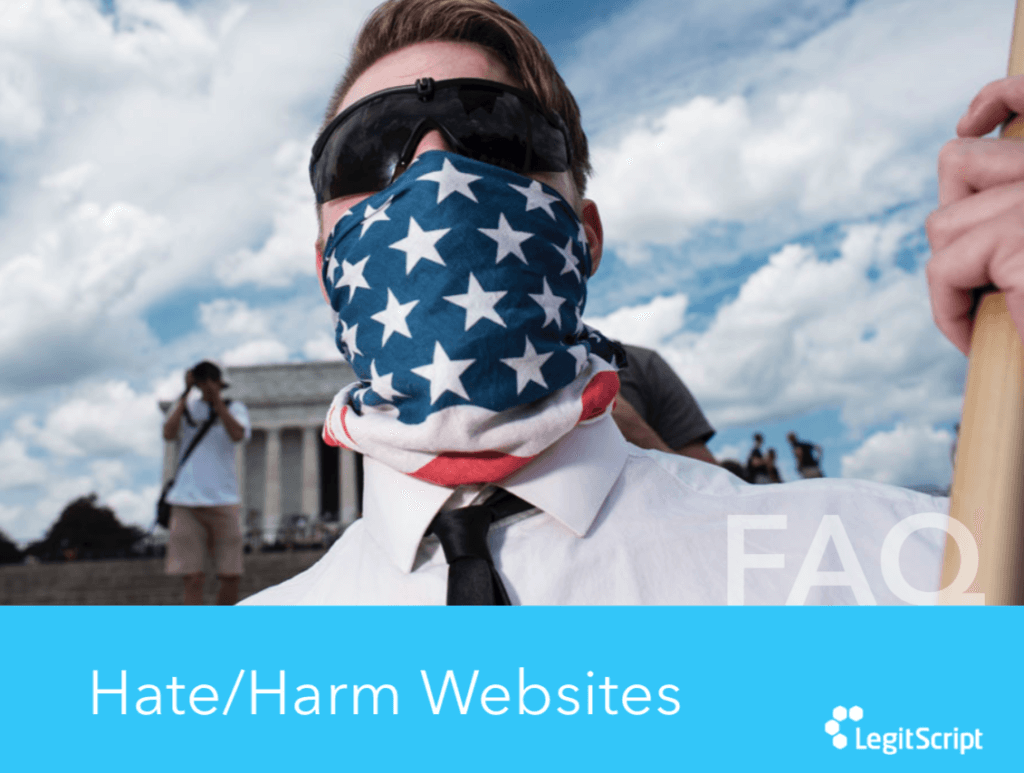