By David Khalaf on January 9, 2020
Brand Protection and IP
Share

Intellectual property infringement made news last month with noteworthy enforcement and legal actions in the United States and beyond. First, a US federal complaint described an international counterfeiting ring that smuggled $472 million worth of counterfeit sneakers into the country. Then, Europol announced it had shut down more than 30,000 websites for selling fake or pirated products, including counterfeit pharmaceuticals, pirated movies, and illegal streaming TV and music. Counterfeit and pirated goods now represent at least 3.3% of global trade, or more than half a trillion dollars, according a 2019 report published by the EU Intellectual Property Office.

Although IP infringement may seem like a victimless crime, it has far-reaching consequences that make these merchants dangerous for consumers and high risk for payment service providers. International authorities warn of criminal organizations that use IP infringement as a way to fund their operations or commit other related crimes. This makes it more important than ever for payment service providers to keep IP-infringement merchants out of their portfolios.

Following are five of the key reasons IP infringement puts you and customers at risk.

Consumers are injured every year by counterfeit products

According to Europol, websites engaged in IP infringement are far more likely to engage in phishing and malware attacks. Consumers who do business with these merchants risk having their personal information and credit card details compromised and used by criminals for other fraudulent scams.

Counterfeit sales can cause significant losses to legitimate brands and businesses, according to US Customs and Border Patrol. This can result in job losses as genuine manufacturers are forced to reduce costs or close down their businesses. In some cases, legitimate businesses may have to raise the cost of their products to make up for the losses. Since counterfeiters may evade paying taxes, these illicit sales can also impact government revenues.

According to Europol, the proceeds from counterfeit goods and pirated content often are used to support and perpetuate organized crime such as human trafficking, money laundering, or labor exploitation. Counterfeit products are typically produced in unsafe and unhygienic factories operated by criminals who violate labor laws, basic human rights, and environmental laws.

LegitScript has also observed that merchants offering internet protocol television (IPTV) services often use transaction laundering to conceal the true nature of their business, particularly in cases where they have lost access to their primary merchant account. Merchants sometimes attempt to enter the payments ecosystem using a different business model that appears unrelated to IPTV, highlighting the importance of harvesting data from problematic merchants to assist with future detection.

Although counterfeit goods can originate both domestically and abroad, the US has identified a priority watch list that identifies foreign trading partners where IP protection and enforcement has deteriorated or remained at inadequate levels, and where US businesses that rely on IP protection have difficulty with fair and equitable market access. According to the 2018 Special 301 Report of the Office of the United States Trade Representative, top countries include China, India, Indonesia, Colombia, and others.

What should payment service providers watch out for when onboarding or reviewing a merchant? Below are some red flags to watch out for: 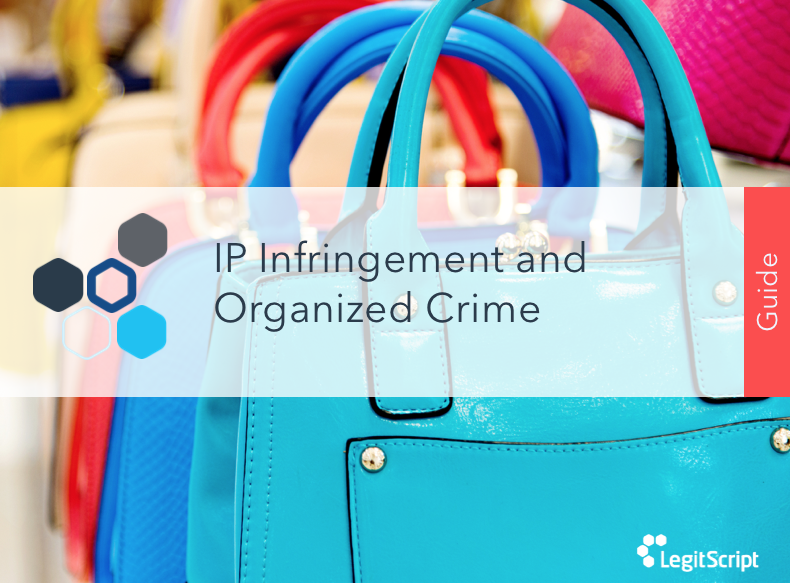 Previous What’s Fishy About Merchants Selling Fish Antibiotics? Next LegitScript Helps Shut Down 6,149 Rogue Internet Pharmacies in 2019
[Webinar]
[Webinar]
This website uses cookies. Some of the cookies used are essential for parts of the site to operate. Please see our privacy policy for more details. Accept