December is a peak online shopping season, with Cyber Monday alone reaching billions of dollars in sales. Because the internet is flooded with deals, many shoppers let their guards down and become susceptible to typosquatters, who trick consumers into buying counterfeit products or giving away sensitive information. It’s important for payment service providers to be aware of these merchants entering their portfolios at this time of year.

Typosquatting is a deceptive tactic typically intended to trick internet users into visiting websites they believe are operated by a trusted entity. Instead, the websites may attempt to steal a user’s information, sell counterfeit products or services, or engage in other forms of illicit activity that can harm consumers and damage brands.

Typosquatters capitalize both upon genuine typographical errors that an unwitting user might enter — for example facebook.cm or faceboook.com — as well as visually deceptive domain names an internet user might not immediately recognize as falsified. 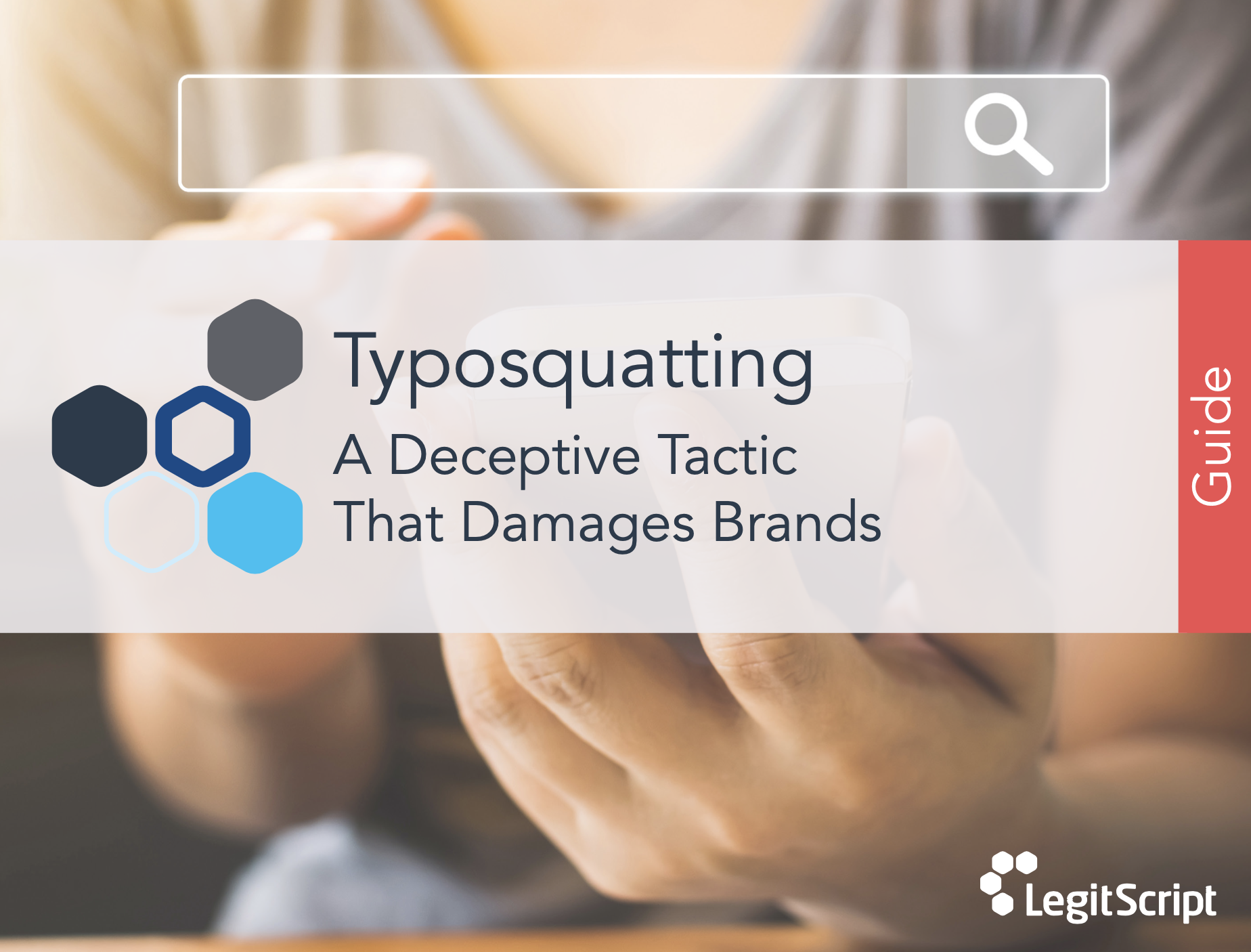 Previous A Q&A With CEO Scott Roth and LegitScript Founder John Horton Next AirPods Popular With Consumers and Counterfeiters
This website uses cookies. Some of the cookies used are essential for parts of the site to operate. Please see our privacy policy for more details. Accept