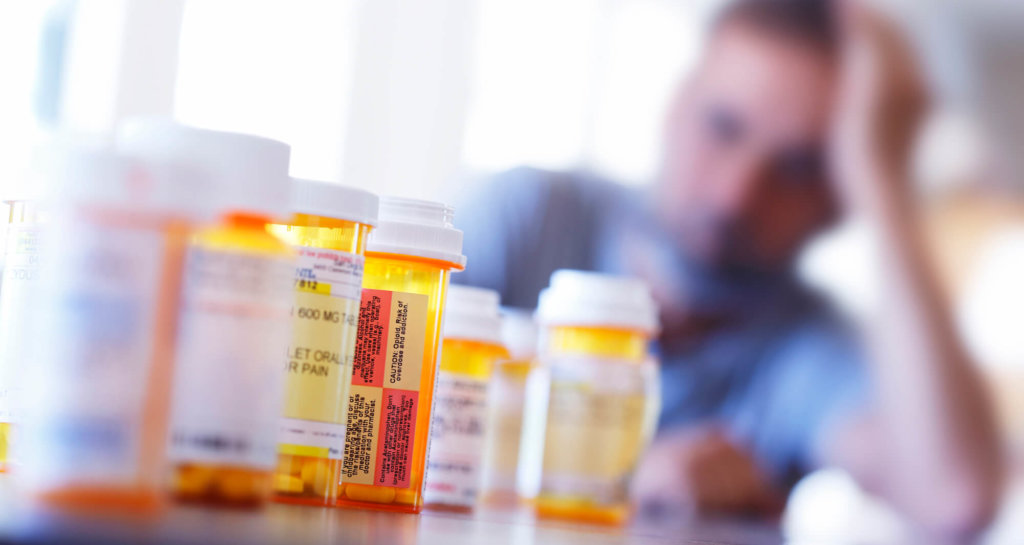 The Substance Abuse and Mental Health Services Administration recently released its annual National Survey on Drug Use and Health (NSDUH), which is one of the most comprehensive surveys in the US on the issues of substance abuse and mental health. For this 2017 report, nearly 70,000 people representative of the general US population were surveyed in all 50 states and the District of Columbia.

Although the survey covers a variety of topics — including trends in the use of tobacco, marijuana, and alcohol, as well as statistics on the mental health of both adults and youth — one of the most anticipated data sets in recent years is the use and misuse of opioids. Below are some of the highlights of the survey’s findings on opioid use, including charts from the survey.

In 2017, many more people sought treatment for their substance use disorder than in 2016. For illicit drug use disorder, there was an increase of almost four percent (9.2 percent in 2016 compared to 13 percent in 2017). For people with heroin-related opioid use disorders, the number increased from about 38 percent in 2016 to 55 percent in 2017. This is an encouraging trend in light of LegitScript’s 2018 rollout of addiction treatment certification, which helps to weed out bad actors in the industry so that those suffering from addiction can get the help they need. 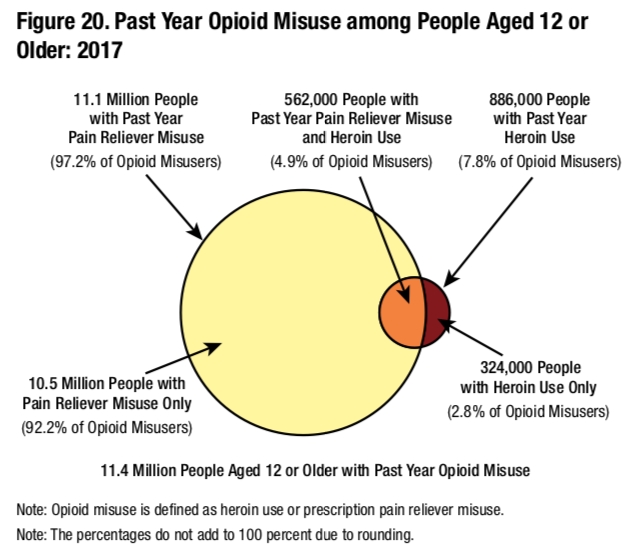 The survey asked respondents what types of pain relievers they used. Hydrocodone products were the most commonly misused subtype of prescription pain relievers, comprising an estimated 6.3 million users in 2017, which represents about 2.3 percent of the general population. The second most common pain relievers were oxycodone products, comprising 3.7 million people (1.4 percent of people aged 12 or older). Only an estimated 245,000 people (0.1 percent of the general population) misused prescription fentanyl products in 2017, but the report notes that this number may underrepresent fentanyl users since the survey asked only about prescription forms and not forms illicitly manufactured.

Reasons for the Last Misuse of Pain Relievers 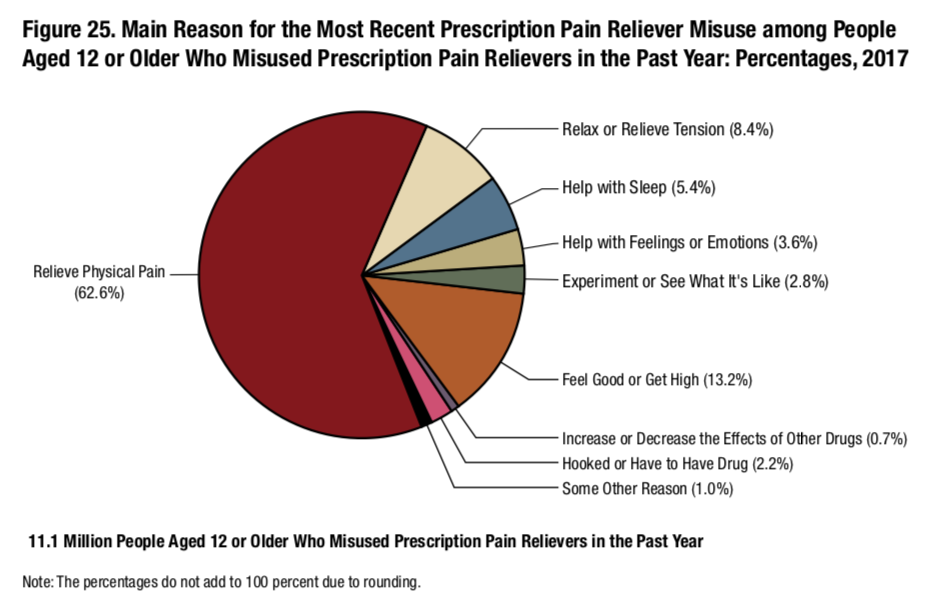 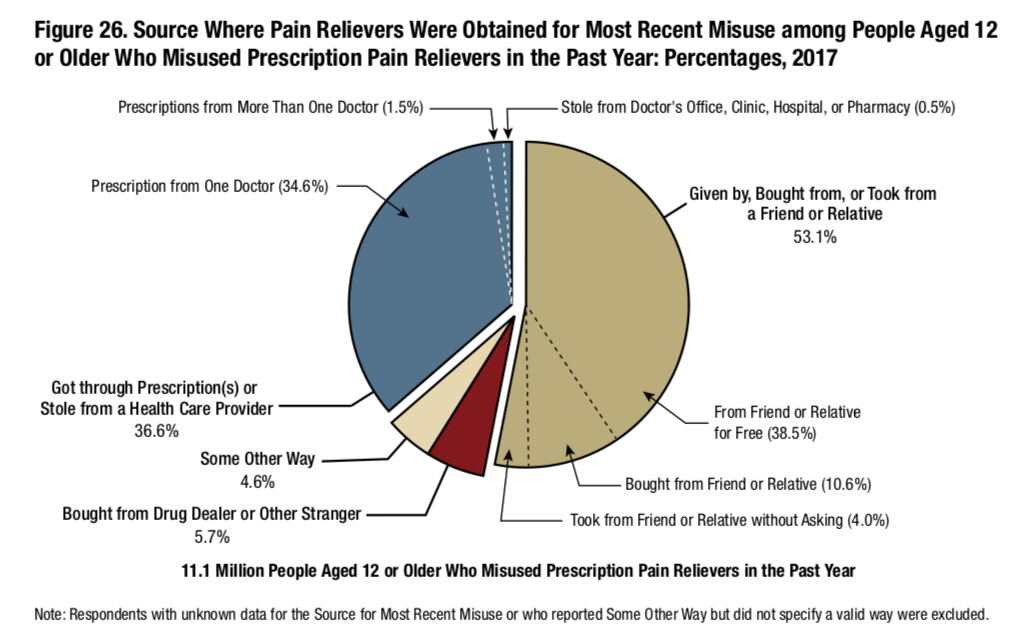 Even so, the sale of opioids and other controlled substances on the internet remains a pervasive problem, particularly fentanyl, which drove drug overdose deaths to a record high in 2017 to more than 72,000. This week, a woman in San Diego was indicted for conspiring to distribute fentanyl in the US using the dark web. Third-party B2B websites on the surface web, particularly China-based ones, have repeatedly faced scrutiny for hosting vendors marketing fentanyl and its analogues on their websites.

Previous LegitScript Updates its Standards to Addiction Treatment Certification for Better Vetting Next National Recovery Month Highlights Addiction Treatment Progress
[Webinar]
[Webinar]
This website uses cookies. Some of the cookies used are essential for parts of the site to operate. Please see our privacy policy for more details. Accept