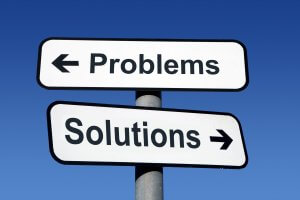 I’m pleased to announce that LegitScript pharmacy merchant certification will soon include a new category: Probationary Status. Let me explain why we’ve created this category and what it means for our partners and for certified pharmacies.

Why a probationary category is necessary. LegitScript pharmacy certification is intended to distinguish between pharmacy or telemedicine merchants that are operating lawfully and those that are not. Sometimes, however, an applicant has had some fairly serious problems in the past, but indicates they have fixed the issues and intend to operate in compliance going forward. In some of these cases, regulatory authorities have disciplined the applicant but haven’t terminated the license; in other cases, the illegal conduct was directed into another jurisdiction where the applicant isn’t licensed, and where regulators aren’t easily able to take action against the applicant.

In these cases, I’m often hesitant to put LegitScript’s name and brand behind the applicant as being “LegitScript-approved.” But I’m also hesitant not to approve them, as long as they remain licensed and are now fully legally compliant. After all, we want to incentivize and reward discontinuation of problematic activity.

So the challenges have been: how can we offer certification to these sorts of applicants, while recognizing that enhanced scrutiny is needed; and how can we convey to the public that even though we are certifying the applicant, we’re cognizant of prior problems and watching closely for them?

Applicants certified with probationary status will be subject to a higher level of scrutiny and monitoring going forward. As part of the certification process, we’ll likely be asking for additional documentation and information. Our website will identify the applicant as certified and thus legitimate, but we will also note that the merchant is on probationary status and explain why.

It’s important to emphasize that Probationary Status is not for pharmacies that are operating legally in one jurisdiction but illegally elsewhere (i.e., “Canadian” pharmacies that have a pharmacy license somewhere in Canada, but whose business is focused on illegally importing medicines from India and elsewhere into the US). Probationary status isn’t a “wink-wink” at illegal behavior. It’s full certification, and as such requires full compliance with our standards.

A few other points. In general, our goal is for probationary status to last no longer than three years. (It is a minimum of one year.) It’s also a one-shot deal: if an applicant is certified with probationary status, and we find out that the problematic behavior has resumed, was never truly discontinued, or that the application did not disclose material facts about the activity, the applicant will receive a lifetime bar from LegitScript approval, and will be classified as rogue or unapproved going forward. As to pricing, it will be on a case-by-case basis, but will typically cost more than standard certification, simply because our monitoring is going to be more intensive.

All of that said, I think this is the right approach to take: if a pharmacy or telemedicine merchant has fixed past problems that were serious, and is now in compliance everywhere it is operating, and its licensing authority (e.g., board of pharmacy) has seen fit to allow it to maintain its professional license as a pharmacy or other healthcare provider, we want to recognize that. But it’s also incumbent upon us to convey to our partners, and to internet users, that we are aware of prior problems and are watching carefully to ensure that they do not re-occur.

Probationary status isn’t available as of the publication date of this blog, but will be formally launched within the next few weeks. What do you think? Let us know your comments below, or drop us a note at [email protected].

When he's not hucking over a waterfall in a Riot whitewater kayak, John Horton can be found dodging raindrops riding his bike to LegitScript. John's a native Oregonian but lived in Tokyo and Washington D.C. for about seven years each. Likes: local microbrews, waterfalls under 20 feet, in-office baristas, old Jim Croce songs and well-tuned grands. Dislikes: rogue Internet pharmacies, coconut flakes, flaky people.
Previous Mugshots: US States That Prohibit Websites From Charging a Fee to Remove Arrest Photos Next The Who’s Who of Rogue Registrars
This website uses cookies. Some of the cookies used are essential for parts of the site to operate. Please see our privacy policy for more details. Accept