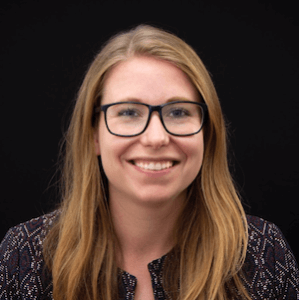 Nitrous oxide, a colorless and odorless gas, is becoming increasingly popular around the world as a party drug that goes by many names — “laughing gas,” “hippy crack,” and “whippets,” among others. LegitScript has noticed a growing trend of nitrous oxide appearing on websites and e-commerce platforms, being marketed in ways that indicate use for recreational purposes.

Unlike some recreational drugs, nitrous oxide has many legitimate uses. For example, it is well known as a medical anesthetic. In food preparation, it acts as a propellent in pressurized cans, such as whipped cream, and also serves as a preservative to keep these food products from going rancid. Because of its widespread applications, it can be difficult to know whether a merchant is selling nitrous oxide for legitimate or illegitimate purposes.

When used for recreational purposes, nitrous oxide is inhaled via a balloon, typically in combination with a “cracker,” a small canister that holds the gas cartridge. Inhalation can cause euphoric feelings, hallucinations, and laughter (hence the name “laughing gas”). However, nitrous oxide abuse comes with serious risks, such as vomiting, paranoia, unconsciousness, a vitamin B12 deficiency, nerve damage, and even death.

Nitrous oxide is not classified as a controlled substance by United States federal law and therefore is not regulated as such or enforced by the Drug Enforcement Administration. Nitrous oxide is regulated as a “designated medical gas” (and therefore as a drug) by the Food and Drug Administration under the federal Food, Drug, and Cosmetic Act (FDCA). Under the FDCA, it is a prohibited act to bring “misbranded drugs into interstate commerce.” This can be prosecuted as a federal misdemeanor and is punishable by imprisonment or a fine. There are precedents for law enforcement arresting people who allegedly sold nitrous oxide for recreational use on misdemeanor charges of misbranding a drug.

What red flags should payment service providers keep an eye out for? The following factors may indicate that nitrous oxide is being sold for recreational purposes on a merchant’s website or e-commerce platform:

Want to learn about other recreational drugs sold online that payment service providers should watch out for? Download our Designer Drugs FAQ.

Previous The Proliferation of Ketamine Infusion Clinics Presents Opportunities and Uncertainty Next Don’t Get Burned By Merchants Selling Ear Candles
[Guide]
[Guide]
This website uses cookies. Some of the cookies used are essential for parts of the site to operate. Please see our privacy policy for more details. Accept