Romance Scams: A Dangerous Undertow Sweeping Across the Sea of Love 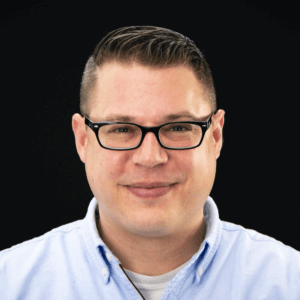 In this digital age, an ever-increasing number of people are seeking love and companionship by venturing into online dating websites, mobile apps, online classified listings, and social media platforms. Unfortunately, the cyber world is also fraught with opportunistic criminals who are looking to prey on the heartstrings of hopeful victims.

The Federal Trade Commission recently reported that more than 25,000 individuals reported falling victim to a romance scam in 2019 alone, with total reported losses of about $201 million. The agency also stated that losses reported for 2019 are up by almost 40% from 2018, and are a staggering six times higher than the losses reported in 2015. Of all the types of fraud that get reported to the FTC, romance scams on average are the most financially damaging to victims.

Romance scams involve bad actors stealing or inventing aliases and then utilizing these identities to feign love connections with unsuspecting victims via an online medium, with the end goal being monetary exploitation. The perpetrator or perpetrators will attempt to gain the trust of a victim by sending flattering messages and expressing romantic interest. These scammers are somewhat unique in the broader world of fraud in that they play a long game: typically they are patient, professional criminals who will spend months, and even years, developing trust with a person. Scammers come from everywhere, but Nigerian criminal rings are known for their well-orchestrated scams operated in teams.

Once a scammer builds rapport with a victim, the fraudster will slowly coax the individual into sending them money, typically under the pretense of need. The criminal will usually ask for the money to be wired to an account or will request that the victim send pre-loaded gift cards with the corresponding activation PINs. The reason scammers prefer these payment methods is that they are looking to quickly launder stolen funds back into the financial ecosystem by obfuscating the source of funds.

Red Flags of a Romance Scam

While romance scams often occur on dating websites and apps, it is vital to also understand that, nowadays, con artists seek out victims on virtually any online platform. Social media platforms are increasingly popular ways for these scammers to target unsuspecting victims, in part because user-posted content enables scammers to study prospective victims. The dating section of classified websites are high-risk areas for these types of scams, but even platforms with no dating sections can present risk. Scammers may target classifieds users in other sections of the website, catching them unaware. Even online games that offer random player matchups have been used by scammers.

A recent New York Times article details the experience of an individual who was lured into a romance scam by perpetrators who initially approached her via an online neighborhood hub platform called Nextdoor. On social media platforms, it is important to note that criminals do not always initiate contact with victims. Rather, some bad actors will flood dating platforms with fake profiles in hopes of potential victims being lulled into a false sense of security by being the party that initiates contact.

Targets of Romance Scams: Anyone

Who do romance scammers target? The answer is, everyone. These scofflaws do not care about a victim’s age, gender, or education level; their primary concern is whether the victim has money and appears vulnerable to the scam. Although younger adults are more likely to report falling victim to fraud, the average reported financial loss per romance scam increases with the age of the victim. For example, the Department of Justice reported that a 76-year-old widow made transfers amounting to $660,000 to Afghani bank accounts she thought belonged to a general in the U.S. Army.

Aside from the financial loss, the psychological and emotional distress these victims endure can be life altering. Many victims never report the fraud because of embarrassment or even denial.

How the Public Can Avoid Romance Scams

LegitScript monitors internet platforms for a variety of fraud and scams. Contact us to learn more about how we can keep your platform clean of these bad actors.

Previous LegitScript Waives Some Certification Fees to Help Telehealth Providers Meet Pandemic Demand Next Law and Odor: The Ins and Outs of Terpenes
[Webinar]
[Webinar]
This website uses cookies. Some of the cookies used are essential for parts of the site to operate. Please see our privacy policy for more details. Accept