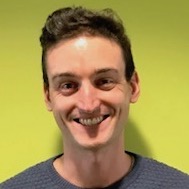 With the gaining momentum of the alt-right movement over the past few years, the US and other Western countries have seen an increase in hate groups and other extremist organizations that frequently operate and organize through the internet. Although the First Amendment of the US Constitution offers broad protections for speech, card brands, payment facilitators, and internet platforms frequently reject “hate/harm” content in their terms and conditions.

Hate/harm content encompasses merchants whose primary purpose is to advocate for, or to promote products or services that advocate for, hatred, hostility, or violence toward members of a race, ethnicity, nation, religion, gender, gender identity, sexual orientation, or any other designated sector of society. Although this content may originate online, it can often fuel real violence. The most recent FBI statistics for hate crimes, from 2016, show that there were 6,063 incidents involving 7,509 victims. Of these, 58.9 percent of victims were targeted because of race/ethnicity/ancestry. The second-largest category, at 21.1 percent, was religious bias; the third-largest category, at 16.7 percent, was sexual-orientation bias.

One of the most notorious hate websites, the Daily Stormer, has raised the profile of this kind of online content. After a counter-protester was killed during a far-right rally organized in part by the website operators, there were cries for the website's registrar, GoDaddy, to take action. GoDaddy dropped the domain name for violating its Terms of Service, and it bounced around many registrars before ending up most recently on Eranet International Limited, a noncompliant registrar based in Hong Kong.

These kinds of websites can severely damage the reputation of internet and payments platforms. LegitScript monitors for hate-harm content to enforce our partners' terms and conditions, but to also mitigate reputational risk associated with hosting this kind of content.

Previous Illicit IPTV: The Streaming Content May Be Cheap, but the Fines Are Expensive Next LegitScript’s New Certification Program for Addiction Treatment Providers Will Help Those Most Vulnerable
[Webinar]
[Webinar]
This website uses cookies. Some of the cookies used are essential for parts of the site to operate. Please see our privacy policy for more details. Accept