As Opiate Addiction Explodes, So Do Supplement Companies Looking to Cash In 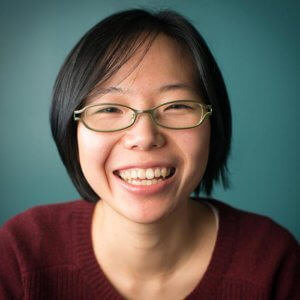 In a public health crisis, some people see suffering while others see profits. The Food and Drug Administration frequently warns consumers about fraudulent or unapproved products that sprout up during disease outbreaks such as Zika, H1N1, or Ebola. But what about a different kind of outbreak — the opioid epidemic?

More than 64,000 Americans died from drug overdoses in 2016, surpassing the death toll in the Vietnam War. As drug addicts and their families struggle with the difficult road to recovery, some companies have seized upon people’s desperation by developing unapproved dietary supplements as a treatment for opioid withdrawal.

In early 2018, the FDA and FTC issued joint warning letters to more than 10 companies for selling dietary supplements or homeopathic products making misleading claims to treat opioid withdrawal. In one warning letter, the FDA explicitly called out opioid addiction as a disease. The FDA found these products to be intended to treat diseases that are “not amenable to self-diagnosis or treatment without the supervision of a licensed practitioner.”

Making deceptive claims can result in real risks for those suffering with addiction because it may stop them from pursuing proper treatment. Having such products on your platform may also increase enforcement risks from regulatory authorities such as the FDA and FTC. Below are some of the problematic claims quoted in the joint warning letters.

What claims would be considered problematic?

The warning letters gave examples of problematic claims such as:

Not all claims specifically referenced opiate withdrawal. Examples of other claims identified by the FDA as problematic include:

The risk of having these products on your platform

Allowing products with deceptive claims on your platform may increase your risks from regulatory authorities. In 2015, the FTC filed a complaint against Sunrise Nutraceuticals, the manufacturer of Elimidrol, a product making misleading claims to treat opiate withdrawal. Under the court order settling the charges, the manufacturer agreed to pay $235,000 for consumer refunds.

LegitScript has also noticed that there is an increasing trend to market kratom as an opioid alternative and an opiate withdrawal aid. Kratom has been identified by the DEA as a drug of concern and is controlled in a number of EU countries. The FDA has repeatedly warned about the danger of using kratom and the potential for abuse, most recently in February 2018.

How LegitScript monitors such products

LegitScript actively monitors products making problematic disease claims online. Our teams of experts monitor regulatory enforcement actions from agencies, such as FDA and FTC, to stay on top of the latest trends. We alert your platform if products are making impermissible claims that are deceptive, and help you distinguish which claims would likely be considered problematic. We also maintain the world’s largest database of problematic products, adding new ones as they come to market.

A 2016 report prepared for the Substance Abuse and Mental Health Services Administration (SAMHSA) estimates that more than 2 million Americans have an opioid use disorder. So long as people continue to battle this massive epidemic, new problematic products will continue to sprout up. Contact us for help in monitoring for these products to keep them off your platform.

Previous FDA Attempts to Define Rules for Burgeoning Stem Cell Clinic Industry Next Kratom: Addiction Treatment or Addictive Opioid?
This website uses cookies. Some of the cookies used are essential for parts of the site to operate. Please see our privacy policy for more details. Accept